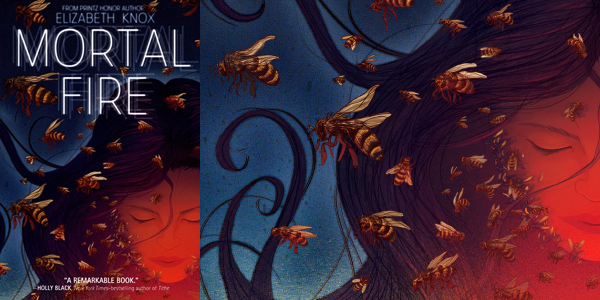 Thanks to Foundling friend Celia McGee for this Issue!

In addition to all the things water does in a city, it can also tell the time of day.Well-known children’s book author Emily Jenkins takes this idea and runs with it in this winsome book, lovingly illustrated by Stephanie Graegin, which is also a tribute to Brooklyn’s Prospect Park. Turtles bathing in the park as early dog walkers start to ramble, babies held high to take a sip at a water fountain mid-morning, play grounds filling up and emptying out depending on life’s other demands, park volunteers arriving to water the flower beds around 11—and had you noticed that “On very hot days, puddles ooze across the asphalt by nine o’clock,” and “three sparrows hop in and have their sparrow baths?” Then, of course, around five, there’s the little girl who doesn’t want to go home for dinner. Crammed with water lovers of all ages, shapes, sizes and colors, Water in the Park also has the advantage of offering many pages of busy scenes that young examiners can explore for activities and interactions that catch the eye only with careful attention.

Pluto’s Secret: An Icy World’s Tale of Discovery. By Margaret A. Weitekamp with David DeVorkin, illustrated by Diane Kidd. Abrams.

Treating astronomy as a fun game of hide-and-seek, Pluto’s Secretshows how scientific ideas and observation have changed over the centuries concerning the mysterious, “icy world” called Pluto—a name conceived by 11-year-old Venetia Burney of Oxford, England, in 1930, by the way, when none of the grown-ups’ suggestions would quite do. Planets, stars, and distant galaxies have their own personalities here, and often talk sassily about the poor humans who can’t quite suss out whether or not Pluto is a planet until 2006, a discovery that changed the face of outer space. In 2015, the New Horizons spacecraft is scheduled to visit Pluto for itself. Written and published in conjunction with the Smithsonian’s Air and Space Museum, this book should whet many young appetites for a trip to Washington to visit the museum in person and learn about the many other wonders of the universe there.

When your name is so close to Twerp—ok, ok, his real name is Julian Twerski–you have a lot to live up to, even if you’re already the fastest runner and one of the smartest kids at P.S. 23 in Queens. Julian’s challenge in the course of this book, written in the form of a journal assigned by his English teacher, Mr. Selkirk, is to explain how and why a nice kid like him did something so cruel, malicious and shameful that he was suspended from school—and to come to terms with who he really is. Though the misdeed isn’t revealed until the very end, lending the book an air of suspense, the way Julian’s story builds up to its revelation allows Mark Goldblatt—who admits to some autobiographical elements—to immerse the reader in the world of Julian’s gang of friends, their rich range of families, his first love, his competitive fears of a new athlete in school, his reconciliation with betrayal, and  evenhis ultimate acceptance of Shakespeare. Set in 1969, this book slyly brims over with life lessons more than fit for today, and Julian is an increasingly self-aware kid readers won’t soon forget.

In a place called Southland that somewhat resembles Elizabeth Knox’s home base of New Zealand, things happen to 15-year-old Canny Mochrie that indicate it’s not quite of this world.   Readers of Knox’s Dreamhunter Duet novels and her others will know to expect a complicated tale of the supernatural, this one taking place in the 1950s to give it a historic flavor from the start. This sense of the past is heightened, for instance, by the denigration—because she’s a girl–of Canny’s award-winning math abilities, and her outsider status as a fatherless, mixed-race teen. But the magic Canny comes up against when she embarks with her brother and his girlfriend on a research trip to a distant coal-mining town, devastated earlier in the century by an infamous mine explosion, is something truly ancient yet oddly familiar. For, as Caddy gets to know the strange, old-fashioned farming family the Zarenes, at whose seemingly Arcadian homestead she and her traveling companions come to board, she slowly discovers the magic in herself. This includes the ability to see a Zarene mansion farther up the hill normally invisible to human eyes, and to engage with the handsome, enigmatic young man held captive there. As their romance blooms, dangers only seem to mount, some foreshadowed by the cryptic alphabet developed by the Zarenes’ once populous and powerful ancestors, others lurking in Canny’s famous mother’s past. Canny must use not just her head but her heart to make her otherworldly powers work for her and those she loves. This is a complex, brain-teasing and rousing tale that adults will also appreciate.