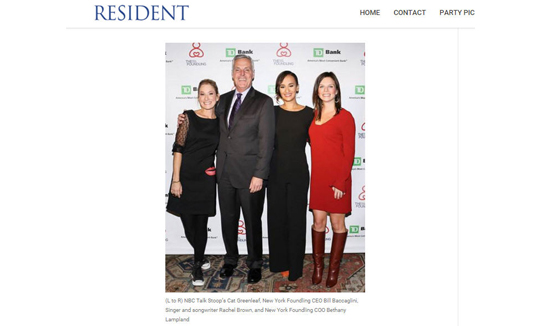 Speaking about her personal connection to The Foundling and National Adoption Month, Cat Greenleaf shared how the organization supported her and her husband, Michael, ten years ago as they embarked on their journey to adopt their two sons, Primo and Truman. “When I’m here telling our success story, I think we never would have pushed through the miasma of the adoption world if it wasn’t for people who helped us guide our rudder and our compass along the way,” said Greenleaf. Click Here to read the full article.

Q&A with Jahleesa Wise | Administrative Assistant | 1 year at The Foun...