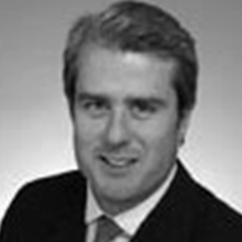 Steven J. Musumeci is a co-founder and Chief Operating Officer of Center Pond Management, L.P., an investment advisory firm investing in equity securities of publicly-traded healthcare companies.   Prior to forming Center Pond, Mr. Musumeci was the Chief Operating Officer of HealthCor Management, L.P., an investment advisory firm focused principally on the global healthcare and life sciences sectors, from May 2005 until the end of 2013. Prior to helping establish HealthCor in 2005, Mr. Musumeci was a Senior Counsel at Meister Seelig & Fein, LLP for several years where he focused his practice on hedge funds and corporate transactions. From 2000 until 2001, Mr. Musumeci was an investment banker at Robertson Stephens International in London where he helped establish an investment banking group focused on the communications industry.   Prior to joining Robertson Stephens, he worked at BNP Paribas in the International Finance and Legal Group from 1997 until 2000. From 1991 until 1997, Mr. Musumeci was an associate in the corporate department of Rogers & Wells. Mr. Musumeci received a B.A. in Economics from Boston College in 1988 and a J.D. from Georgetown University in 1991.