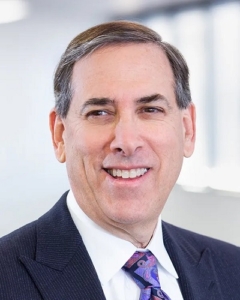 As a physician, there is nothing more important than the health of a child and when a healthy child goes to school, they learn more. I am inspired everyday by the dedication and selfless commitment The New York Foundling does to provide access to healthcare and education to the underserved communities of New York. I am truly privileged to be able to help them in their mission to assist these children to achieve their potential.”

Jon R. Cohen, M.D., was recently the Executive Chairman and CEO of BioReference Laboratories, one of the nation’s largest commercial laboratories.  Dr. Cohen has more than 30 years of healthcare experience, he is a seasoned strategic leader with a track record of growing existing business and developing new ventures. Dr. Cohen was recently awarded Crain’s New York Business 2020 Notable in Health Care.

Dr. Cohen is well recognized in the diagnostics industry having served for nearly a decade as one of the five executive officers for Quest Diagnostics. Previously, he served as Chief Policy Advisor for Governor David Paterson and for six years as Chief Medical Officer for Northwell Health. In 2010, he was named as one the nation’s top 50 most powerful physician executives by Modern Healthcare.

His 2012 TEDMED, “Why Don’t Patients Act Like Consumers?” was recently ranked the #1 TEDMED talk that every healthcare executive needs to watch. Dr. Cohen is a vascular surgeon, having completed his residency in surgery at New York Presbyterian Hospital/Weill Cornell Medical Center and vascular surgery fellowship at the Brigham and Women’s Hospital at Harvard Medical School. He has published over 100 peer-reviewed professional articles.