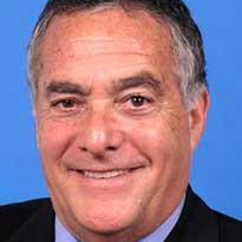 “It is an honor to play a small part in supporting The Foundling as they work every day to save and improve the lives of countless under-served New Yorkers.”

Mr. Roffe is a partner at Robinson & Cole LLP and has been practicing law in New York since 1972. He previously served as Executive Counsel to Speaker Stanley Fink of the New York State Assembly, as Legislative Counsel to Westchester County Executive Alfred B. DelBello and as Legislative Aide and Political Consultant to members of both the US Senate and House of Representatives. He is President of The Roffe Group P.C., a New York lobbying firm. Mr. Roffe has lectured on Government Affairs and Administrative Law issues at New York University, Columbia University School of Law, Pace University School of Law, the State University of New York at Albany and Manhattanville College. He is admitted to practice in New York State and is a member of the Association of the Bar of the City of New York and the New York State Bar Association. He graduated from Colgate University with a B.A. and received his J.D. from the Columbia University School of Law. He is married to Anna and living in NYC with 3 kids, Michael, Sarah & Matthew.