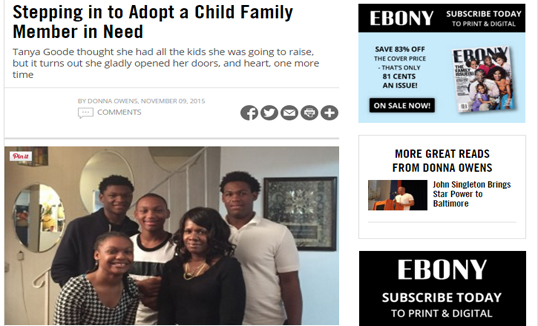 Tanya Goode had already been married and raised two adult sons, when life threw the New York resident an unexpected curve ball that made her a new ‘mommy’ again.

After a relative was unable to care for her brood of six children, Goode was asked in 2005 to step in as a “kinship” foster caregiver, and later decided to adopt.

While eager to provide the youngsters a stable, safe environment, the journey initially seemed daunting. Click Here to read the full story.

HuffingtonPost.com | A Special Gift for the Holidays: A Home and Family