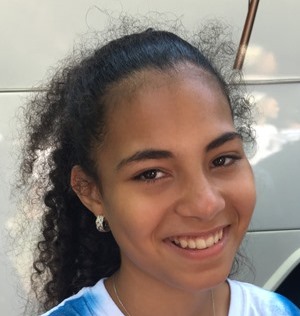 An Olympic gymnast is quickly becoming an inspiration to many adopted children. Thirteen-year-old Elishama Collado was adopted as a baby through The New York Foundling. She says she dreams of playing in the WNBA and becoming an elite athlete like Olympian Simone Biles, who is also adopted. READ MORE.