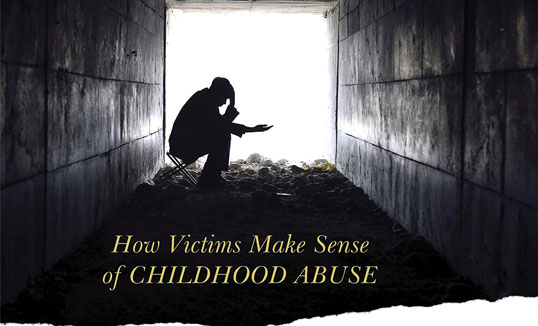 In this 6-part series, Dr. Baker will provide a summary of the topics discussed in the book.

Bonded to the Abuser: Part 1

As anyone who works in child welfare knows, too often children are abused and neglected by their caretakers. We also all know the pain and suffering that parental maltreatment causes children both in the short run and sometimes over the course of their lives. What is less known is how strongly children feel the desire to remain with a parent who has mistreated them. This attachment to an abusive parent can be puzzling to an observer – and perhaps even to the abuse victim him- or herself. In order to better understand how and why children maintain bonds with abusive parents, we analyzed memoirs written by adult survivors of childhood maltreatment and have written a book, which is about to be released, entitled Bonded to the Abuser. The first section of the book describes and analyzes stories of physical abuse.

These stories are both moving and terrifying. In each, the author described severe physical abuse by a parent for the majority if not duration of their childhood. In response, the children (as described in the memoirs written when they were adults) wanted to understand why they were being hurt and, in the absence of any other explanation blamed themselves. They compared themselves to animals at the mercy of their abusers yet desiring of their love and willing to forgive them. They experienced their parents as omniscient, Godlike, and were obedient in response. They had empathy for their parents and wanted to understand what drove them to act as they did. They were hypervigilant of their parent’s moods and states of mind. They were afraid of losing that parent and yet wanted to be invisible to avoid further pain and suffering. They both loved and feared that parent. They craved that parent’s approval yet feared that parent’s attention. They lived in a state of chronic arousal. Perhaps most damaging was that the physical abuse became internalized in the child as a series of negative perceptions of the self as unworthy, dirty, and bad. The power the parents had over their children extended beyond the ability to inflict momentary physical discomfort. These parents had the power to define their children as worthy of abuse, a belief they carried within them for many years.

hey event | PetiteSHOP at The Foundling: A Children’s Charity Pop-Up
Scroll to top