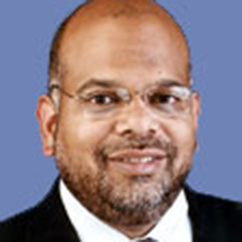 The Foundling serves an important and critical mission in New York City – protecting, comforting and nurturing the most vulnerable of our society.”

Mr. Banks is VP of Government Relations for Consolidated Edison, he was elected in February 2002. He directs the company’s city, state, federal government, and community relations activities including lobbying. He is responsible for the management of the company’s government relation activities and briefing the company’s Corporate Leadership Team on political and policy issues. Mr. Banks also serves on the boards of the New York Public Library, the Mayor’s Committee on Appointments, the Metropolitan Transportation Authority, Manhattan College and Pelham Picture House. Previously, Mr. Banks served as chief of staff for the New York City Council and also served as deputy director in the Finance Division. Mr. Banks holds a master’s in Public Administration from the City University of New York, Baruch College, and a BA in Economics and Government from Manhattan College. Mr. Banks resides in Pelham Manor, New York.