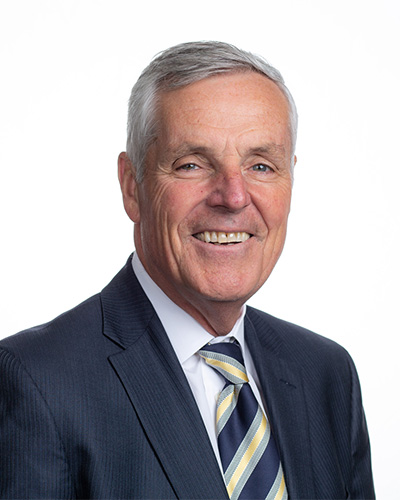 At the end of the day, it’s my job to ensure that The Foundling’s future is as bright as its history has been rich. We’re constantly identifying better ways to serve the children and families in our care.”

As CEO of The New York Foundling, Bill leads one of the oldest and largest child welfare organizations in the country and has moved The Foundling to the forefront of issues affecting at risk children and families. The Foundling has had a long history of advancing the science and practice of child welfare and, under Bill’s leadership, The Foundling has been a prominent advocate for innovative initiatives that have transformative impacts on the lives of children.

Bill was one of the early proponents of the use of Evidence-Based Practices (EBPs) and The Foundling today is not only utilizing EBPs to achieve better outcomes for its own families, but has become a global leader in this field.  Through its participation in publicly available trials and studies and through the creation of the Implementation Support Center (ISC), The Foundling provides data and practical training to service providers and governmental entities in the U.S. and overseas.

Bill has been a driving force in making education a centerpiece of The Foundling’s focus – based on the belief that, after ensuring health and safety, education can have the greatest impact on a child’s future. That focus has led The Foundling to launch, and recently expand, Mott Haven Academy Charter School, an elementary and middle school where two-thirds of the student population are in the child welfare system. The balance of Haven Academy’s student population is comprised of children from one of the poorest communities in the country, some of whom are homeless.

He has also been instrumental in developing a range of programs to improve educational outcomes for older children, includinga partnership with The City University of New York (CUNY) and the Administration of Children’s Services (ACS) that provides support services, including dormitories, tutoring, mentoring and financial support for hundreds of foster youth attending colleges that are part of the CUNY network.

In addition, Bill has overseen the expansion of The Foundling’s Developmental Disabilities programming which, through the addition of The Thrive Network, recently increased the number of individuals it serves to nearly 1,000.

Prior to coming to The Foundling Bill spent more than 20 years in New York State government, developing programs and policies directly impacting children, youth and families. He was instrumental in the creation of the NYS Office of Children and Family Services (OFCS) in Albany, where later he served as Director of the Office of Strategic Planning and Policy Development. In that role, he oversaw the agency’s development of a new model for funding foster care services in New York State and led the agency’s initiative to expand mental health services in the child welfare and juvenile justice systems.

88%
of students were employed or in classes during the summer
Your contribution makes opportunities and support available to people who are working to realize their own strength and independence.
Invest in Potential and Transformation
Donate