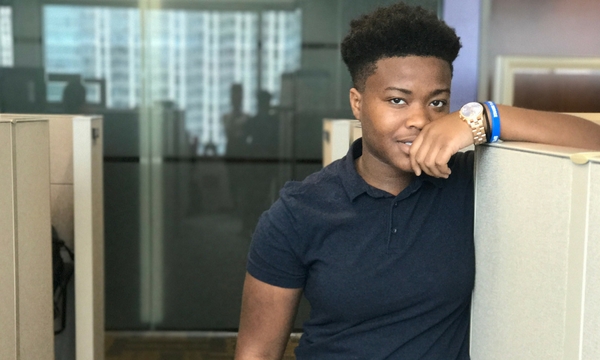 Tiana, one of our former students who participated in The Foundling’s Road to Success tutoring program, has been at Spelman College for three years and is now in the middle of her junior year!

“Junior year has been great,” the 20-year-old says, reflecting on her year so far at Spelman College, a historically black all-women’s college in Atlanta, Georgia.

Last semester, Tiana took five classes, and her favorite was “Black Women: Status, Achievement, Impact”. One of the most influential and memorable books she read during this past school year was The Immortal Life of Henrietta Lacks by Rebecca Skloot.

As a political science major with an interest in business, Tiana been taking a lot of courses that will help her achieve her goals of opening an international chain of business, and eventually opening recreation centers in low-income communities across America, she says. Her classes this past year included political science, management and organization, economics, as well as international relations.

Tiana is active on campus and is part of the school’s Afrekete organization, which is an all-inclusive safe space for students. She says next year she expects to be made president of the organization.

Over the past few summers, Tiana has interned with AT&T in Atlanta. “It was great because there were other interns from all over,” she says, adding she’s made friends from schools like Oregon State and Texas A&M. AT&T has enjoyed working with her so much they’ve offered her an internship position next summer, too!

Tiana mentions she feels she has grown a lot since her first days at Spelman. She’s changed her major a few times until she’s found the academic path that feels right and will help her achieve her goals. “(Spelman has) taught me a lot about myself,” she says, “and it gave me an opportunity to find myself.”

Because of the school’s strong sisterhood among alumnae and current students, she says, “I’m surrounded by people who are constantly encouraging me to do better and be better.”

Tiana was a Foundling Road to Success student who still talks with her tutor for help and guidance while away at Spelman College in Atlanta, Georgia. Tiana has written multiple posts on her experiences at Spelman College, which you can read at the links below!