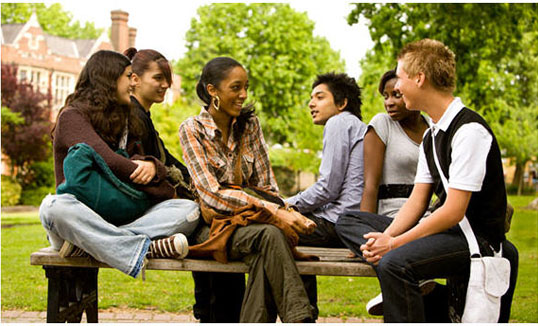 Criminal justice issues in our country are usually left to the states, but for more than 40 years, since passage of the Juvenile Justice and Delinquency Prevention Act of 1974 (JJDPA), Congress has recognized that the treatment of juvenile offenders is a national issue that requires a core set of national principles.

In the decades since then, many professionals, academic institutions and local officials have studied juvenile justice systems in the U.S. and around the world – largely stimulated by the passage of the JJDPA. The analysis that has taken place has produced extraordinary amounts of information and we now have a much clearer picture of what works  and what doesn’t – for the offenders, for their families and communities, and for the public that’s paying the bills and whose safety we must protect. As a result of this knowledge, innovative organizations have developed new and more effective programs.

Looking back today, it is clear that the enactment of that original legislation in 1974 had a profound impact – causing professionals across the country to begin considering and exploring new models for the effective treatment of juveniles.

Now, we have an opportunity to build new momentum to keep us moving forward, improving our models and expanding their use.

Now, it is important for Congress to reintroduce and enact the bi-partisan Juvenile Justice Delinquency Prevention Reauthorization Act introduced in 2014 by Senators Whitehouse andGrassley – legislation that will promote the continued use and development of evidence based practices that produce better results.

One of the differences between 1974 and 2015 is that, at least partly because of the originalJJDPA, we now have proven programs that are working in a number of states.

–          In California, the state has reduced its juvenile inmate population by 90 percent and closed the majority of state-run facilities, so that those facilities now house only the most serious offenders.  The result: a lower crime rate at half the cost.

–          In New York, The New York Foundling, one of New York’s oldest and largest child welfare agencies, has been working with the city on a program called Blue Sky.  For a one year period, compared to traditional programs, we saw 33 percent fewer re-arrests and were able to divert over 200 youth from placement in a system that costs $200,000 a year per child.

–          Since the mid-1990s, at the request of the state legislature, the Washington State Institute for Public Policy (WSIPP) has been working to identify “evidence-based” policies that successfully improve particular outcomes. This initiative has given policymakers and budget writers a better ability to implement programs that had better outcomes and used taxpayers’dollars more efficiently.  It also enabled the legislature to distinguish between the programs that were working and the ones that weren’t – information it currently uses to craft policy and budget bills.

–          In 2004, the state of Florida’s Department of Juvenile Justice contracted with Evidence-Based Associates (EBA) to launch the Redirection project in an effort to “redirect” troubled youth from residential placements to more effective, family-focused, evidence-based treatment options.

Initially, the Redirection project focused on two Blueprints for Healthy Youth Development model programs that have demonstrated strong positive outcomes in addressing the needs of delinquent youth and their families – Multisystemic Therapy and Functional Family Therapy.

These initiatives are all examples of a strategy encouraged by the JJDP Reauthorization Act; they are all programs that utilize Evidence-Based Practices or EBPs.  Whether evidence-based programs target troubled youth before they enter the justice system or adjudicated juveniles in need of rehabilitation, they share the philosophy that a young person’s behavioral and criminal problems can be addressed with a comprehensive approach that keeps them in their communities, in their homes, in the schools and out of trouble – and giving their families the training and resources they need to be able to support their child’s success.

Important to the success of EBPs – and to the government officials and policy makers who oversee them – is that EBPs are highly accountable, producing verifiable, replicable results that can be subjected to rigorous, transparent evaluation and scrutiny.  We can monitor the individuals providing treatment, the tactics being used and the outcomes achieved.  The process and the results can be peer reviewed so we can learn what works best and strive for continual improvement.

Those of us running programs can demonstrate to the public and policy makers – with hard data – that EBPs are actually reducing crime, keeping the public safer and saving the taxpayers’money. Reauthorization of the JJDPA – which recognizes the impact of exposure to violence and trauma on adolescent development and encourages evidence based practices to address it – will provide a significant boost to those of us in the field and to jurisdictions around the country that are working to make our communities safer while building a strong, accountable juvenile justice system.

The JJDP Reauthorization introduced last year improves on the existing law in a number of other important ways as well.  It provides additional safeguards to those already in place for status offenders – for example, truants, runaways or those who violate curfews.  It improves the “sight and sound” protections already in place to ensure that juveniles incarcerated in adult facilities are separated from the adults. It encourages states to eliminate the unreasonable and unnecessary use of restraints and isolation. And it provides a variety of grants and incentives for states to develop and implement protocols that, to put it succinctly, simply work better.

No reasonable person would invest his or her personal retirement account in a fund without a track record of success, so why do we allow it with taxpayer-funded programs for youth? The rigorous standards established by Blueprints provide policymakers with an investment portfolio that only includes “blue-chip” investments – high-quality, well-designed, evidence-based prevention and intervention programs that meet the highest standards of scientific scrutiny.

Improving public safety, saving taxpayers money, keeping families intact, turning more juveniles away from crime and onto a path toward a productive future – this is a program Democrats and Republicans, Liberals and Conservatives, even in a divided Congress, should be able to support.

Bill Baccaglini is President & CEO, and Dr. Sylvia Rowlands is Senior Vice President for Evidence Based Programs at The New York Foundling.