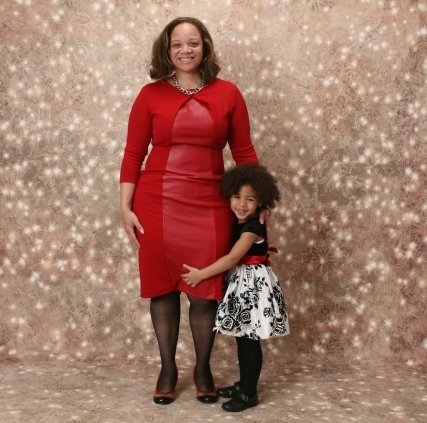 Ohilda Holguin didn’t expect to become a foster mom to her niece, Elizabeth. In fact, in 2013, Ohilda was ready to move to across the country. She had already signed a lease in Tacoma, Washington and moved a majority of her things.

But when she received a call saying her newborn niece needed a foster home, Ohilda welcomed Elizabeth with open arms and became a part of The Foundling family.

It all started with a phone call.

While visiting in New York City in August, just before Ohilda’s move was finalized, her mom announced, “Congratulations, you’re an aunt!” Ohilda wasn’t expecting the news. She didn’t know her brother was expecting a child.

Ohilda then learned that her newborn niece, Elizabeth, needed a place to stay temporarily — maybe a couple of months. She was born positive for drugs.

Ohilda decided she would help. She still had her place secured in NYC, and within hours, a social worker from The Foundling was over to begin the evaluation.

“(They) said to me, I don’t know, the judge can still decide to give her to your brother because he’s the dad, but we’re going to recommend you,” Ohilda recalls. The judge made the call to have Elizabeth stay with Ohilda.

She was officially a foster mom with The New York Founding, which is one of ACS’ largest contract agencies.

Ohilda believes everything happened the way it was supposed to. Despite her impending move, she was in the right place in her life to be able to provide the stability and love Elizabeth needed.

“And my going away party became my baby shower in my house,” she laughs.

Now, Elizabeth is 3 years old, soon to be 4 this summer, and is still living with Ohilda. She says Elizabeth’s biological parents continue to have their struggles; Elizabeth’s mom was in and out of programs to get help for her substance abuse problems, but fell back into using not long after. A judge decided to terminate her parental rights in April 2017.

“I feel blessed that God trusted me enough to take care of Elizabeth when her parents can’t and hopefully one day they can get themselves to a place where they’re OK,” she says, noting she hopes one day, when they’re healthier and have “established themselves differently in their lives,” they can have a relationship with Elizabeth.

Elizabeth has a sensory processing disorder and asthma, but she’s worked with her all her life to ensure she has the right support for her needs.

And despite some of the challenges that come with the role of parenting, like finding balance, Ohilda says The Foundling been there for her through it all. The nonprofit has provided her with so much support, from introducing her to an established network of professionals and foster parents to offering trainings and resources.

Ironically, Ohilda had even randomly researched foster parenting about a year prior and requested info, thinking, “maybe one day.” She tells others considering becoming foster parents — to family members’ children or to other children in the foster care system — “there’s no greater reward than being a foster parent.”

“It’s such a wonderful experience seeing them thrive, being there for them,” she says, adding, “What better way to give back then to impact one person’s life in such a way that it’s going to impact everything they do for the rest of their lives?”