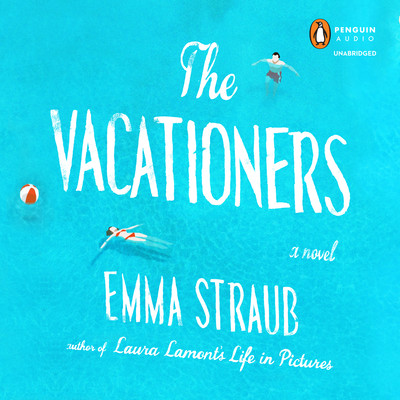 Bruce Eric Kaplan’s publisher has allowed him to identify himself as “still a mad genius” in the flap copy of Meaniehead, his third book for children. Whatever his professed image in the mirror—and this is a guy who permanently jokes around with a very straight face, including in the pages of The New Yorker and for shows like “Seinfeld” and “Six Feet Under”—he is certainly brilliant at pushing a hapless situation to  absurd yet satisfying, hilarious and instructive limits. Kaplan’s putative audience, but also their parents and other grownups, will grasp and enjoy the fun Kaplan has with his story of two impossibly grumpy, incessantly fighting siblings, illustrated in his trademark sketchy cartoon style, which aims for laughs along with super-duper insight. Let’s hear Dr. Kaplan’s initial analysis of the state of affairs. “Henry and Eve were going through a new, terrible phase of fighting with each other all the time” (arms crossed, frowning face-off). But allow material objects enter the fray—in this case during a tug of war over a disputed action figure—and just about everything can go wrong. That means in the sense of senseless destruction. Family lamps break, electric drills make their way through the enemy’s bedroom ceiling, entire neighborhoods catch fire, and a little girl on a big bulldozer becomes a dangerous monster. With Kaplan carrying the feud to lengths equal to a flight into space after the world has been destroyed (not a coincidental comparison), a light bulb should suddenly turn on over every little head as the realization strikes just how stupid bad behavior like Eve’s and Henry’s can be.

For all its beleaguered reputation, the United States Postal Service can still come through, and thankfully, in the case of Whitaker Ringwald’s The Secret Box, with far more than cousins Jax, Ethan and Tyler could ever have imagined. The plain, brown-paper-wrapped package that shows up in the middle of Jax’s  12th birthday celebration would seem poor competition for the many presents showered on Jax by her friends and as much family as is left to her. She doesn’t know who her father is, and, besides her mother, who works in a diner to support them, she’s aware only of her cousins and their parents, who, as owners of a toy-testing company, have come into wealth that Jax would resent if she and Ethan weren’t so close. But what most piques Jax’s immediate curiosity is her mother’s frightened reaction to the delivery and her stern directive to get rid of it, unopened, right away. When you’re 12, hyper-active, inquisitive and bossy, that’s simply an invitation to disobey orders, come what may. Once Jax opens the package, sent by someone she learns is her great aunt, there comes a lot. For one, her present, a box with a LED screen irresistibly flashing directives involving distances and destinations, beckons Jax on a quest far beyond her humdrum life. As usual, she browbeats Ethan, a fearful kid who has trouble making eye contact and functioning in groups, into joining her. More surprising, they convince his older brother Tyler—big, mean, a computer and math genius who never leaves his room–to go with them. And bring his driver’s license. Since their trip includes places like Washington, D.C., it bodes well in the tourism department, except that a scary couple in weird disguises and with shifting accents is intent on hot-fingering the box from them. Former archaeologists drummed out of their profession, their greedy interests twist down a terrifying road of revelations about classical myths, ancient cultures, their relationship to Jax’s great-aunt—and that treacherous, primordial box cutter of a woman, Pandora. Yet more remarkable are the transformations that happen to each of the cousins. If it’s evil they will have to fight, they’re now well-equipped.

In a picture-perfect New England, true perfection is hard to come by, and pretty surfaces are bound to crack open for a view into a sinister abyss. Despite its generic title, In the Shadows, set in just such a version of a small, quaint town in Maine is a guess-provoking, time-jumbling, and ultimately romantic novel that comes almost instantly to scary life. The widowed Mrs. Johnson runs the local boarding house, helped by her lovely daughters, the beautiful, gentle Cora and the more “impish” Minnie of 15. Lo and behold, the town also has a local witch. Like most such establishments, the Johnson Boarding Houses attracts an array of more and less transient residents. But it takes the arrival of young, handsome and troubled relative named Arthur, formerly unknown to the girls, to bring the differences among the boarders into sharp relief. The bad apples among them are rotten to the core and somehow linked to the Ladon Vitae, an ancient, secret society of evildoers spread throughout the world. Bizarrely caught in their web are two brothers, one close to dying, sent to board in these supposedly salubrious environs by their father, a rich and powerful Chicago industrialist, whose success appears linked to his having sworn a “blood oath” to sacrifice someone dear. As a gang of villainous conspirators from across the globe and the ages gather in and around town on an unspeakable mission, the close-knit group of young people struggles with different forms of guilt, and some unrequited love. It is the ineradicable existence of evil that Kirsten White and Jim Di Bartolo are committed to portraying, holding it up as an admonishment to do good instead. Di Bartolo’s finely drawn, fever-temperature illustrations not only obliquely tell the novel’s story but also identify evil with all-too-memorable chapters in history—both World Wars, a dusk in New Orleans in 1924 that drips with menace, Las Vegas, Nevada, in 1948, and so on. Evil has not chosen its immortality, but maybe certain good-hearted humans can actually decide to live forever. Theirs is a love that never dies.

Catch a family trying to choose a vacation spot that isn’t “Wainscott or Woodstock or somewhere else with wood-shingled houses that looked distressed on purpose,” and you know you’re not in the average income bracket anymore. In her second, much-anticipated novel, the sharp-eyed, funny and compassionate Emma Straub makes great use of these kinds of dilemmas for her story of a well-off, well-intentioned Upper West Side family, that, in serious crisis, and accompanied by close friends also tilting at tribulations, ends up for once in an unfamiliar place. (Albeit that Mallorca, where they’ve landed a freebie villa, is as comfortable as a pair of well-worn Tod’s loafer to the international jet-set, rich hippies, and ultra-privileged pleasure-seekers.). On this hot mess, threatening to fester beneath idyllic sunshine, Straub turns the gaze of Sylvia, the Posts’ 17 year-old daughter, fervently counting on college to let her be “a completely different person.” Her parents’ apparently irrevocable breakup, her older brother’s hopelessly squandered life, and the tinder-box efforts of Charles and Lawrence, a gay couple anxious to be “chosen” as adoptive parents, are just several more depressing and only partially understood intrusions into her miserable, irrefutably 21st-century life. iFilmed the first and only time she got so drunk she hooked up in a group scrum at a party, she has yet to live down her viral notoriety, or her boyfriend dumping her for her BFF. This being a novel that affectionately satirizes many types of fiction, an impossibly handsome and sexy Spanish tutor materializes to distract Sylvia—and stoke her daydreams of losing her innocence– while her mother contemplates plunging an icepick into her disgraced husband’s eyes, for 1) having an affair with a young intern at the magazine he edits 2) getting fired for his trespass from the prestigious position he has enjoyed for most of his career.

Where bookish Sylvia is concerned, Straub also doesn’t pretend for a minute that the private-school graduate’s passion for Austen and Tolstoy will take a backseat to the fondness for pale-pink workout gear favored by her brother’s unexpectedly level-headed, wrong-side-of the-Mason-Dixon-line girlfriend. This isn’t Straub being snobby—if anything, her dry, soft-hearted humor takes the Posts to task—but it does confirm a growing awareness in the reader that Miss Austen has been hovering cleverly behind this spiky, displaced domestic comedy. Its characters come in pairs, and in pairs they remain, but their pride and prejudices suggest that the combinations they started out in are unlikely to stay the same.

Nonprofit finds revenue stream in its lobby
Scroll to top