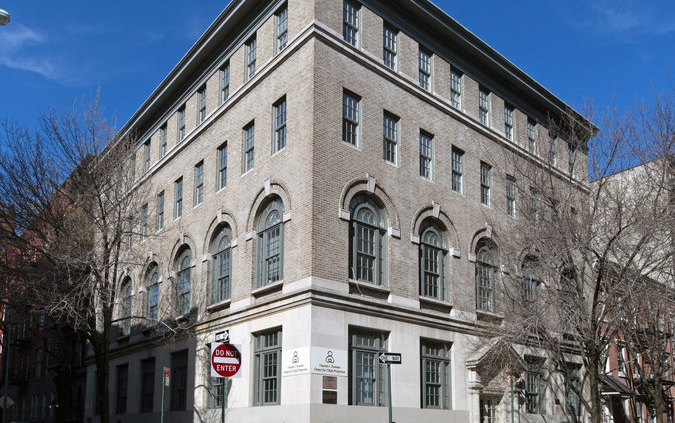 Employees gathered at 27 Christopher Street, once known as The Vincent J. Fontana Center for a movie “under the stars” as a last hurrah and final goodbye to the beloved building and all it encompassed. Foundling staff brought blankets and pillows from home and settled in to watch Home Alone 2 and enjoy a low-key evening with colleagues.

Dr. Mel Schneiderman and Sister Carol remarked about the history of 27 Christopher Street. Though the building itself was built in 1911, it was established as The Vincent J. Fontana Center for Child Protection in 1999 by The New York Foundling to honor Dr. Fontana’s contributions to the field of child abuse prevention. 27 Christopher Street also served as a Catholic Elementary School, a nursing school and in its later years, it served as a multi-purpose office and meeting center for many of the Foundling’s staff from varying programs and departments.

Though 27 Christopher Street is officially closed, the love, strength, and passion to aid underserved children & families lives strong in our staff and the community.

The New York Times | Taking Control After a Tumultuous Childhood