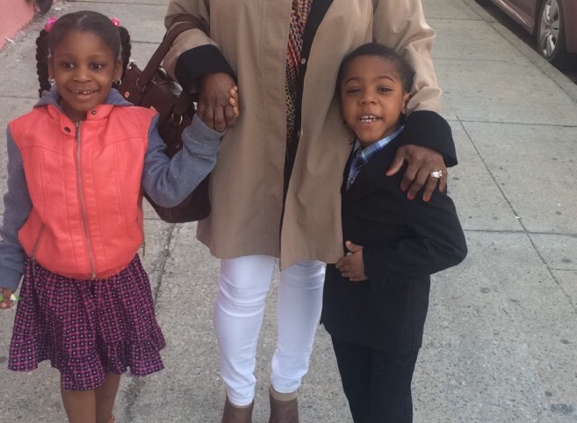 The New York Foundling has a long history of placing New York City children into safe, loving and supportive homes. Depending on a child’s unique circumstance, they may be placed into a foster home (this is temporary) or an adoptive home (this is permanent).

As we enter National Adoption Month—held annually each November—we want to take this time to raise awareness on the pressing need to recruit adults who have the ability to open up their heart and home to children in need.

Today we are proud to place a spotlight on Norma and David, a Brooklyn-based couple who opened up their home to a set of twins in 2010 when they were 3 years old. Below is their story.

Norma and David were married 16 years ago and brought into their marriage their own biological children who were teenagers and young adults at the time. For years, Norma had watched television and news segments highlighting children awaiting placement into an adoptive home. Week after week, she would see children who needed stability, love and support—something had to be done.

Norma told David she wanted to open up their home to a child. They decided to start as foster parents and signed up for a training program in the Bronx. After completing the program, Norma and David indicated that they would like to foster children ages 2-6. This was an age group they felt comfortable with for their first placement with The New York Foundling.

A few weeks passed and then the phone call came. Norma explained during an interview, “A woman from The Foundling asked if me and David were available to foster newborn twins who were two weeks old.”;

The answer was a resounding ‘YES!’

Fast forward to 2016, and the twins are now 6 years old (they will turn 7 next month). The twins only know Norma and David as ‘mommy’ and ‘daddy’ and were adopted in June.

When asked about the importance of fostering children and then adopting them into their homes, Norma explained, “there are kids who need more than just a house—they need a home.”

She added, “They’re my kids. The only thing I didn’t do was give birth to them.”

Click here to learn more about The Foundling’s work placing kids into save and loving homes.

The Observer | She Adopted the Girl She Used to Babysit