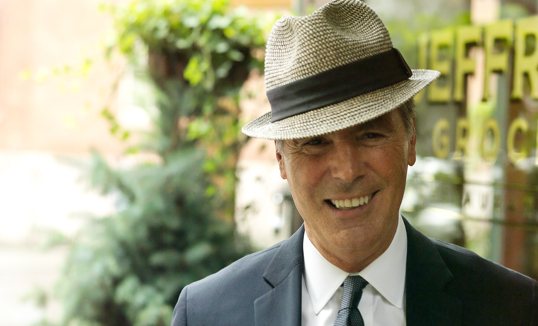 This Thursday, The New York Foundling will present Judge Michael A. Corriero with its Lifetime Achievement Award for the work he has done to improve the juvenile justice system and change the course for hundreds of at-risk youth. He will be given the award at The Foundling’s first annual Fall Fête at The NoMad in New York City.

We’ve told you why we admire Cat Greenleaf, our Fall Fête emcee, and last week we shared what makes TD Bank so special. Today, we’re pleased to celebrate Judge Corriero and share why The Foundling loves him:

1. Judge Corriero was the first in his family to go to college. Then he went on to law school where he graduated at the top of his class.   His parents watched as he was appointed to the bench at the young age of 37.

2. No distance is too great for Judge Corriero to travel and share his knowledge, expertise and wisdom on developing juvenile justice programs. Sierra Leone, Australia, Peru, Israel and South Africa are just a few of many countries he has visited throughout his career.

3. Judge Corriero is committed to improving outcomes for youth involved in the juvenile justice system. Hundreds of at-risk youth have been given a second chance thanks to his work. (Read more about The Foundling’s Juvenile Justice Programs here.)

5. Judge Corriero is a native New Yorker and grew up in Little Italy. Today he cruises the city streets wearing his signature fedora.

Ebony.com | Stepping in to Adopt a Child Family Member in Need